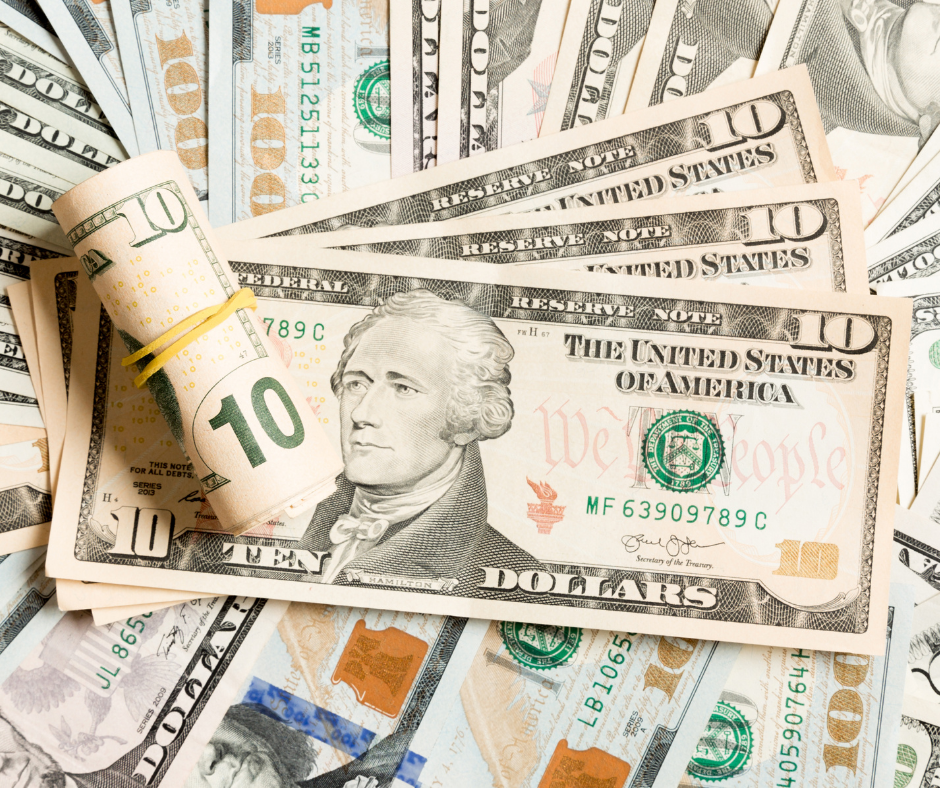 This article covers the answer to this common question and the reasons and history behind it.

The $10 bill is the lowest value of paper money without the portrait of a U.S. president. Alexander Hamilton is on the $10 bill, and he was never a U.S. president. Here are the other famous historical individuals and the bill that they are shown on.

Who Was Alexander Hamilton?

Alexander Hamilton was never a U.S. president. However, he was so many other things including a lawyer, commander, economist, banker, and politician.  He was one of the Founding Fathers of the United States of America.

Recently brought back into the public eye by the famous Broadway musical Hamilton, written by Lin-Manuel Miranda, Alexander Hamilton was born on September 11, 1789, on the Leeward Island of the Caribbean. During his teen years, he traveled to New York to pursue an education in law and work with General Washington in the Continental Army.

After the war was over, Hamilton became a representative to the Congress of the Confederation from New York.

He was closely tied to the money system of a young United States and was the founder of the Bank of New York. He also became the first Secretary of the Treasury.

Due to his extensive involvement in the currencies and money system of the U.S. it is only right that he is represented on one of the bills.

Why Was Alexander Hamilton Able to Be On the $10 Bill?

Nowadays, it is still up to the Secretary of the Treasury Department to decide who goes on which bills.

In 1862, there was a law enacted called the Legal Tender Act which stated that the Treasury Department gets to decide who’s face goes on the national currency.

Although he was not a U.S. President, Hamiltons extensive involvement in the formation of the U.S. and our money systems has granted him a long-running seat as the face of the $10 bill.

Since all currency was redesigned in 1928, Hamilton has stayed on the $10 bill.

Alexander Hamilton on the $10 Bill Prevails

Hamiltons place on the $10 bill was questioned in 2016. The Secretary of the Treasury from 2013-2017, Jack Lew, stated that he’d rather see a woman on the bill “who was a champion for our inclusive democracy.”

However, this was not a good time to question Hamiltons place. The world was abuzz with newfound admiration and interest in Hamilton due to the Broadway musical. The public was informed of his heavy involvement in creating the banks and founding the U.S.

Others requested that Andrew Jackson be swapped out instead. Andrew Jackson had historically taken an anti-national bank stance and has always been criticized for his brutal Native American removal policies.

Many were appalled by Jack Lew’s plans. After a huge public backlash, Jack Lew decided to postpone the plans to replace Hamilton. A spokesperson for Secretary Lew said any decision would be postponed into 2016 and stressed that “the process is about more than just one square inch on a bill.”

What is the Process for Selecting Who’s on U.S. Money?

Since 1929, there are a few rules about appearing on U.S. currency.

The individual must be dead. They also should be familiar with the public and have significant involvement in the history of the United States.

The Secretary of the Treasury has the responsibility and power to select who stays and who goes on the current US bills. There is no law that states the individual on our currency must be a U.S. president.

Although the bills are redesigned each year to accommodate new security features, the individuals have remained the same.

“Some lowly clerk put his image on currency during the Civil War,” says currency expert Frederick Bart. “People decided he had no right to be there, so that changed our laws forever.”

Despite some backlash and attempts to remove him, he has prevailed and stayed on the $10 bill due to the huge involvement he had in developing America in its beginnings and establishing our financial system.