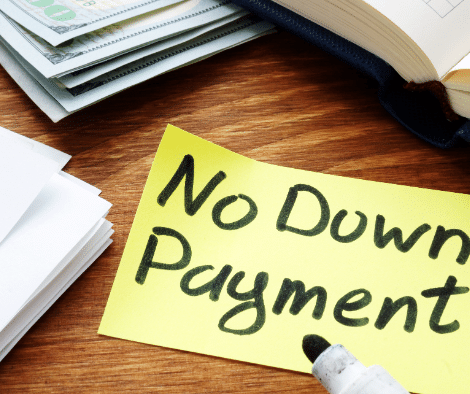 TVM, not an acronym for a disease, it stands for Time Value of Money (TVM).

TVM is a standard investment concept that money today is worth more than the same exact sum in a future date simply due to earning potential of that money.

Ever heard the term, put your money to work?  This is what it is referring to.

It also assumes that traditional investors want to receive money now in order to grow the money vs. receiving the same amount of money in the future.

TVM and Car Down Payment Example

For example, let’s say you place $25 in a bank account. That $25 will grow with incurred interest and can potentially grow to $27, or higher.  Therefore, it would make sense to have $25 dollars in your bank now vs. in the future.

“But what does this have to do with leasing?” I hear you ask. Simple: we want you to keep your cash in your pocket now rather than throw it down the drain for a down payment.

“But won’t the overall lease cost be more if I put $0 down?”

TVM vs. Keeping my Down Payment: What’s the difference?

The only difference is you’re keeping the down payment of $2500 tucked away in your bank account, which could then be used for investing, paying off a debt or incurring interest in a savings account.

Which would you rather; take the chance to grow your money with little effort vs. hand it over to a car salesman and never see it again?

I know what camp I’m in.

All sounding a bit complex? In essence, your money can do more for you now – use it wisely.  Your cash is more of use to you right now and has potential for you to earn more from holding onto it.

NOTE: This is not to be confused with inflation rates. Yes, your cash will be worth less in the future due to standard 2% inflation, but the earning interest potential outweighs the inflationary cost.

Not to mention having cash now is also beneficial for paying other items with higher interest rates such as student loans or credit cards. Interest rates on car leases don’t tend to be as steep (or as soul destroying).

Back to TVM on Leasing:

If you lease a new vehicle, it’s more than likely you’ll plan to trade in that vehicle when the lease is over.  So, where does your down payment go?

The finance company procuring the lease, the car dealership you went through. That pushy car salesman wearing far too much aftershave? Yep, it’s probably gone towards his bonus too. We don’t want to over analyze it too much but whichever way you look at it, you’re never seeing that $2500 again.

Disclaimer: If you’re a car salesman and you’re ready this, it’s nothing personal. We like you, really.

A line I hear over and over again on down payments:

“Yeah, but the down payment will reduce my monthly payments” – Yes, but only in a directly proportional relationship. There is no getting over on the dealership finance team.

First of all, I would make sure they’re not in any sort of trouble. Once you’ve ruled out any imminent danger, you have two options:

Surely you would much rather keep most of my money in my hands for as long as possible and pay out over the long run?

No downpayment – What to do with the saved cash?

So now I’ve convinced you not to use your hard earned cash as a down payment, what are you doing to do with it? Pay off your debt, bills, rent, mortgage, student loans etc? As I mentioned before, these usually have a much higher interest rate compared to car lease payments so it’s probably not a bad idea.

Put your money to work.

As an example, let’s say you are contemplating placing $2,995 down for your Honda Accord.

If you instead invest that $2,995 in the market and used the S&P500’s average return rate of approx. 8% (not accounting for dividend reinvestment), that’s a whopping extra $718.80 dollars you will have made without having to lift a finger.

Why give someone your hard-earned cash earlier than needed?

Conclusion on hefty down payments:

Keep hold of it, put it to better use and let us help you negotiate a reasonable monthly payment.