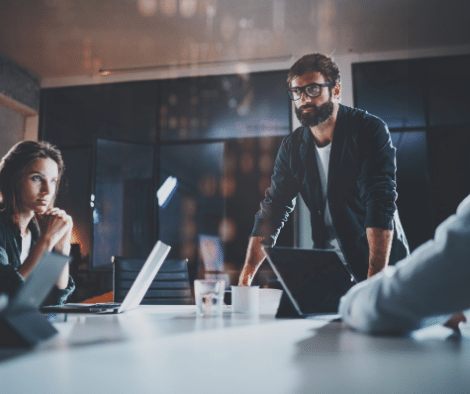 We will call them “The Buddy Manager” and “The Power Struggle” syndromes.

One common pitfall in management is a syndrome I call “The Buddy Manager”.  This tends to happen most with a younger manager who may move up from the ranks and is now managing his/her peers. The vulnerability, lack of experience, and newly enhanced ego can make a toxic combination to the workplace.

As a senior manager, I had a supervisor under my reign that epitomizes this rule of thumb. She was a youngish woman (22 years of age) who raised from the ranks of the associate team.  She had worked alongside many of the personnel that she now managed. That situation can be a tough transition for anyone, but she seemed to have more difficulty than most.

One of the things she would do is “hang out” with the very associates that she was responsible for under questionable circumstances. As difficult as that was, I found the bigger issue to be that she did not see anything wrong with the behavior. New managers will fall into pitfalls naturally, but when professional common sense is lacking that is a whole other ball game.

Because she did not feel she should be held to a higher standard than they were she would also share details on her troubled marriage and cry on the shoulders of these associates, therefore, losing all respect that she could handle any situation that the job may entail. Not to mention confidentiality breaches. Her subordinates may have liked her or felt compassion, but could they trust her to “Run the Ship” when things got difficult.

This is an extreme case of not having boundaries but can be common when a fellow associate gains advancement over their peers. The moment a leader starts trying to “buddy up” with subordinates, boundaries become blurred.

Professional boundaries are needed to ensure that does not happen. A “healthy” mutual respect should be the goal of superiors and subordinates.  Be approachable but not at the level where there is a loss of respect on both parties.

A second scenario that caused problems for new managers is when the new position caries with it the most responsibility and authority they have ever had professionally.   The is where “The Power Struggle” causes issue.  There are many levels to leadership, the very first level is where you are followed, simply because of your title.  This is where everyone starts, but to be able to move beyond this level, one must establish trust, be willing to serve and earn respect.  This takes time, patience and understanding that many do not want to exhibit when they first become a manger.

The say things like “I want a job where my voice means something”.  Only to find out that nobody does something simply because you say so but need to believe in the leadership to follow.  This is a very difficult pill to swallow for some.  Usually those that get stuck in this issue, have to feel a very strong failure in their leadership to understand that they need to endure themselves to their team first, then they will follow where you lead.  A common phrase I use is “You are not in charge; you have people in your charge.”

You will find that all new management issues follow a simple trend: The better follower a person is the better leader they can become.