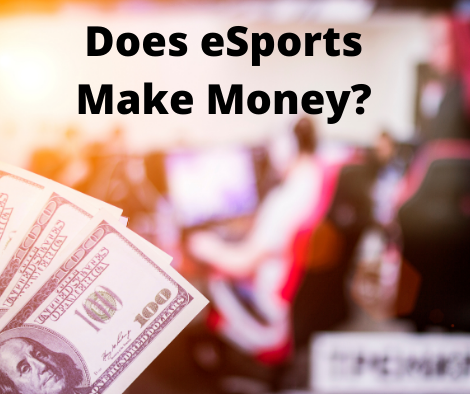 It is no stretch to say that 2020 has proven to be a challenging time for business.

From the challenges wrought by the COVID-19 pandemic to the uncertainty surrounding the future, many conventions formerly items taken for granted are now no longer so guaranteed.

Nonetheless, a bright light among the rather dismal global economy for 2021 is the video games industry, a segment that experienced record-setting growth and accompanying historic revenues and profits.

But, will video games as a whole will be deemed a “recession proof” industry?

It is impossible to deny that gaming (and any ancillary cultures attached to it) stand to benefit from this robust growth.

One such area that gained huge momentum prior to the pandemic and has not lost much of its revenue producing “steam” is the eSports niche. It turns out, the growth of eSports is fueled by the increasing popularity of streaming games as well as gaming-related conventions and public gatherings.

There’s no doubt that eSports has met the same challenges many other event-based industries have during these uncertain times.

Many analysts continue to provide a “bullish” outlook with continued growth in video gaming paired with the sentiment that eSports will likely overcome any temporary roadblocks the COVID-19 pandemic introduced.

Many of these analysts are confident that eSports will return to its sharply upward growth trajectory and that the segment presents one of the best bets for growth in the near future.

How does eSports make money exactly?

The eSports monetization model is varied yet not totally distinct and separate from that of live sporting events.

In the beginning of the segment, most events were small and locally organized. Teams or individuals would participate in tournaments centered around prize pools that would be comprised of entry fees as well as the occasional sponsor or two.

Largely indie and small, these local organizations gradually morphed into more regional then national events with the same teams competing in a now-tiered structure of local, regional, national, and, eventually, global events.

As the scope of the eSports events themselves grew in nature so, too, did the concomitant entry fees and sponsorship opportunities that would attend these events. On top of that you would have streaming rights, merchandising, and licensing opportunities as well as a potential cut of in-person event ticket sales.

Teams would still take a prize pot for winning at the end and players would either be compensated accordingly from that in addition to a salary or only with a set salary itself. These salaries can climb quite high for star players but even those just starting out command pretty impressive sums for an entertainment niche still in its earliest form.

While the increasing size of the scope of eSports events does a lot to explain the rise in revenues associated with it, the real organization locus that has driven much of the growth of eSports in terms of viewership and fandom are the teams that participate within it.

As we explained above, these teams tended to be locally organized and quite small in the early days of the niche; now, they are akin to multinational corporations with brands and rosters of superstars recognized throughout the eSporting world. On top of that, unlike the original eSports teams that focused on one or two games, modern outfits field players in nearly every popular gaming category out there.

Sometimes funded by venture capital, sometimes operating as an extension of a larger entity, eSports teams today benefit from an organizational sophistication and capability that is building upon the foundations laid in the early 2010s.

This is crucial to its continued growth as a medium as this kind of tiered structure creates a funnel systemthrough which talent can be scouted, recruited, trained, honed, and raised to superstar status if the potential is there.

Everything is becoming much more akin to how the NFL and the NBA, for example, manage their sports organizations. And with billions of dollars in revenue every year, it’s not surprising that this level of sophistication in organizational prowess is emerging.

How much does eSports make a year?

Outlined in our introduction, it is, again, no shock to say that 2020 is a tough year for eSports as it is for events and the economy in general. Even so, the decline in growth experienced this year is perhaps miniscule compared to that which other industries are facing.

As many have noted, the 2020 performance for eSports as an industry is impressive given that the live event component is completely shuttered for 2020 which makes these numbers less of a concern and more of a “blip on the radar.”

Even with 2020 on the books, revenues are expected to reach $1.598 billion globally by 2023. Compared to the revenue for 2018, at $776.4 million, this would represent a doubling of total industry revenues in a period of five years with the disappointing performance of COVID-19-era 2020 factored into that calculus.

In other words, had COVID-19 not happened, growth would likely be even more impressive than currently project – and investors love to hear things like that. The revenue mix includes the live ticket sales, streaming rights, merchandising, prize pools, licensing fees, and other traditional revenue typically utilized by major sports organizations.

When looking at future growth, streaming rights, merchandising, and licensing revenues are particularly strong growth spots that are likely to experience some of the strongest growth.

This is because these revenue silos typically indicate that the culture or “fandom” around a certain team is growing thus securing them a reliable, steady stream of income in the future.

For an example of this in another field, look at the ubiquity of Boston Red Sox or New York Yankees baseball caps for some idea of what the future of eSports merchandising and licensing could look like. Many people who wear these caps aren’t necessarily fans of the organizations attached to them but rather enjoy the design, the prestige associated with the brand, or some other attractive quality.

Whatever the case, the team receiving revenues from the sales of such merchandise can utilize that capital to build their organization regardless of whether or not the end-buyer is a diehard eSports fan. It is this kind of casual acceptance, or “mainstreaming,” of the niche that analysts are monitoring in order to gauge the full potential of eSports as one of the many pillars of the vast entertainment industry.

What is a professional eSports salary?

Set on a growth trajectory that will soon place it among the titans of the entertainment industry, eSports still has many of its indie roots still in place. One area that has lagged some of the other growth is that salary awarded to eSports athletes. This might be a problem of valuation as much as anything else.

Top players, such as Johan Sundstein, command millions of dollars each year in salaries as well as through other revenue streams. Like their NFL, NBA, and MLB counterparts, eSports athletes tend to focus on one game and hone their prowess in that field. Yet, unlike the aforementioned leagues, what game the athletes chooses to specialize in can also have a huge impact on his earnings now and into the future.

This makes building organizations around eSports games more difficult as the viability of the popular Call of Duty scene, for example, is determined entirely by a fanbase that has many other options. While the NFL, NBA, and MLB exercise near monopolies on their style of game, the shifting nature of eSports has made valuing athletes much more difficult. It becomes both a bet on the future performance of the athlete as well as the game he specializes in itself.

Top-performing players can command hundreds of thousands to millions of dollars per year and can augment their incomes through side licensing deals – just as any professional athlete would.

For players just starting out, and here we would be talking about the equivalent of local leagues and regional tournaments, figures place the annual income from smaller events between $5,000 and $8,000 per year.

Check out on Amazon!