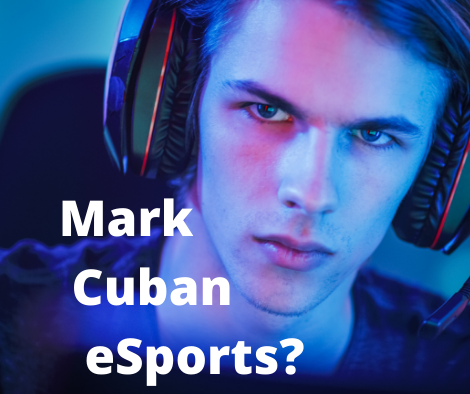 Around five years ago, the eSports community was certain of one thing: There would be a Mark Cuban League of Legends team by 2016.

They were a bit off the mark, of course. Cuban instead became the owner of an NBA2K team and an eSports betting site. So one might think he would be quite bullish on the future of domestic eSports investment.

Related Articles: How to Start an eSports Team, How eSports Makes Money?

But he isn’t. About a year ago he gave this interview talking about how eSports investment in the U.S. was a bad deal. And while nothing he said was factually wrong, some of the community lashed out at him for being short sighted.

As it turns out, nothing could be further from the truth. He knew exactly what he was talking about. Because right about when he was giving that interview, the Mark Cuban eSports fiasco had bloomed into full chaos mode.

Before we get into SEC filings and trust issues, allow me to give you some context as to how much (or little) eSports normally hits Cuban’s radar. Let’s have a look at his portfolio.

More often than not, his name is attached at the hip with the phrase: ‘Owner Of The Dallas Mavericks’. And with Forbes valuing that holding at a cool $2.4 billion, that isn’t a shock. But by volume, the Mav’s are an oddity in terms of Mark Cuban companies.

This list of holdings is an overwhelming array of industry diversification. It ranges from cookies to affordable health care. Even then, it doesn’t tell the whole picture, because Cuban admitted that he owns around a billion dollars in Amazon and quite a bit in Netflix. Alongside the Mav’s, that accounts for the vast bulk of his £4.2 billion net worth.

So how did the whole Mark Cuban League of Legends rumor start?

It all started with a 2015 charity match at the Intel Extreme Masters in San Jose. Team Mark Cuban faced off against Team Brian Krzanich. It was hilarious and brutal, but the most interesting bit was the interview that Mark gave prior, praising eSports and League in particular. When asked point blank if he was going to buy a team he said “Stay tuned”.

Early the next year, he fueled the fire, telling TMZ that a Mark Cuban League of Legends team might be in the cards. But he qualified that by saying he was in “no rush”. Three teams were forced to sell their slots in May of 2016. LoL fans waited with baited breath, as it looked like the perfect opportunity for Cuban to take a swing.

Instead, he watched the pitch sail by. The Mark Cuban League of Legends team never happened. Instead, his next eSports investment was well within his wheelhouse: Basketball.

Was this the experience that eventually made him trash talk U.S. eSports team investment? Probably not. The team is decent. They made the league playoffs in both 2019 and 2020, finishing out this season with a 10 and 6 record. If nothing else, they’re a generally positive implementation of the Mavericks brand, something he likes to have control of.

Besides, many of these small companies aren’t strictly about making money. They’re about investing in things that Cuban believes in. He doesn’t want them to lose money of course, but it isn’t likely that Mahmee, a comprehensive prenatal and postpartum healthcare scheme, is going to make him his next billion.

So what else on the list of Mark Cuban companies could have put bees in his bonnet? Could it be his earlier investment, Unikrn?

Yes, it very well might be. I think we’ve hit the nail on the head. Or in this case, the horn.

Unikrn – The Horn in Mark Cuban’s Side

Unikrn is a Seattle based eSports betting and entertainment company. Co-founder and CEO Rahul Sood helped to raise over $40 million in investment since 2014, fueling multiple small acquisitions such as LEET and DotaProHub over the last few years. Cuban’s $7 million 2015 venture investment was legit, prompting Ashton Kutcher and others to follow suit.

But the company wasn’t satisfied with private investment. In 2017 they turned to their own brand of cryptocurrency (UKG – UniKrn Gold) to raise a ton of funding. Around $31 million, to be inexact. The Mark Cuban eSports experience was about to sour.

In a long, drawn out process, the SEC finally put the hammer to Unikrn. During that time, UKG crashed from two dollars to a penny. Still, the SEC ordered them to pay $6.1 million in fines, and scrap all virtual currency efforts. Unikrn did so without admitting guilt, and settled with Washington State as well.

Why $6.1 million? To quote the SEC: “…the Commission considered these undertakings, as well as Unikrn’s financial condition and the fact that the penalty represents substantially all of Unikrn’s assets, in accepting Unikrn’s offer of settlement.“

I don’t know if any of the other Mark Cuban companies violated federal law and were penalized their entire net worth in order to make restitution to their investors. But I know that if I put my trust in someone at an early stage and they turned out to be (allegedly) illegally crypto trading, it would leave a bitter taste in my mouth, no matter what my net worth might be.

Oddly, the story doesn’t end there. Nor does it seem to end badly for Unikrn. Not yet.

Even with this catastrophic setback, the Unikrn lives on. Just last month, they announced a partnership with Nuvei to expand their simplified payment technology, which would be a very strange move for a company that was closing their doors. So it looks like their estimated income of $10 million a year will keep them afloat for a while longer. At least if they have anything to say about it.

And although such an experience might have put a damper on Cuban’s domestic eSports outlook, it should be noted that he believes the Korea and China market are investable. In that now-infamous interview, he says that there’s ‘tons of money‘ in Korean eSports. “It’s real.”

He also differentiates between investing in ‘eSports’ as an industry and ‘eSports teams’, seeing them as two different animals. His specific criticisms were about owning a League of Legends or similar eSports team or franchise. Something that he, as the owner of Mavs Gaming, would certainly know a lot about.

As a worldwide services company adjacent to eSports, Unikrn was on the right side of the coin as far Cuban was concerned. Some questionable decisions were made by the company’s leadership, which comes down to bad luck or bad vetting. Not a bad market.

The overall message from Cuban seems to be conventional wisdom: Invest where the audience is if you want short to medium term results. In this case, the primary audience for eSports is still in Asia. If you want to get a piece of the U.S. and E.U. industry, feel free. But don’t expect to become an overnight success.

Although the vast majority of Mark Cuban companies are outside of the eSports arena, I wouldn’t say that future investments in the sector are out of the question. He’s likely to restrict his team based investments to those with a following in southeast Asia. And he’ll probably be more careful on the adjacent entertainment and services side, keeping a tighter leash on the management to make sure they don’t run afoul of the law.

Heck, we might see a Mark Cuban League of Legends team yet…

It will just be based out of Seoul.