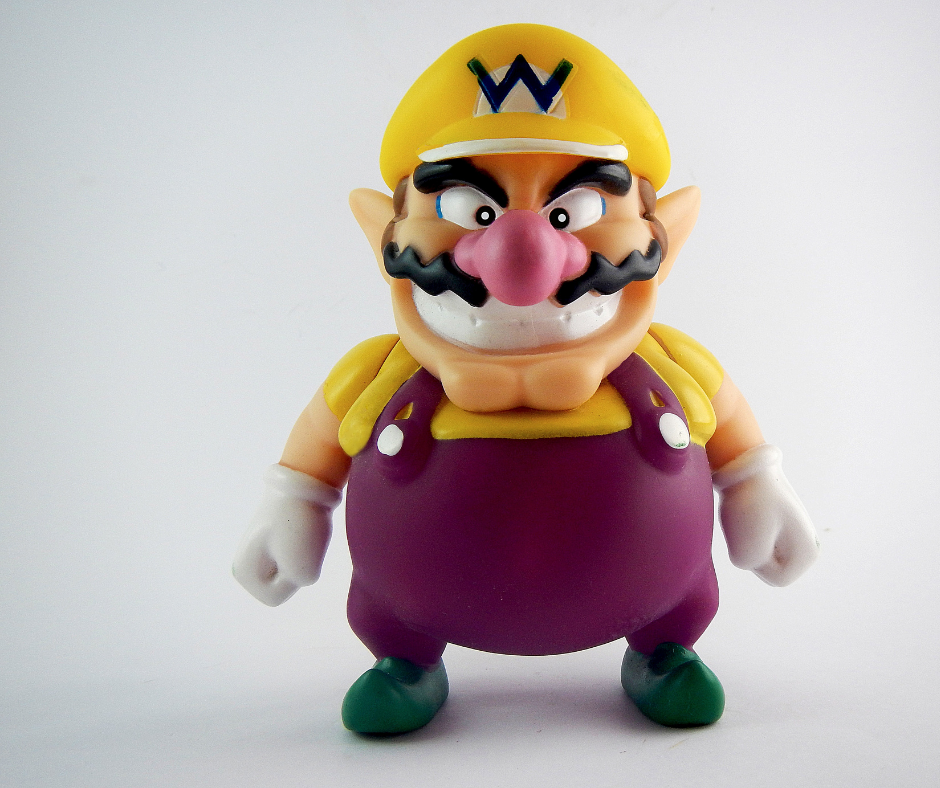 Is investing in legacy Nintendo 64 (N64) games really a feasible strategy? You bet it is. Retro video game prices are experiencing insane growth.

Starting your own N64 collection could potentially be very lucrative – if you know what you’re doing.

Whether you’re looking for some nostalgia or want to know what is the best N64 investment, you’ve come to the right place.

Here we will discuss everything from potential profits to be made to how to look out for fake N64 games.

In this article, we will discuss everything you’ll need to know about investing in N64 games, including:

Also, if you’re a gaming fan, you might enjoy these articles:

N64 Game Prices: What You Need to Know

N64 games are growing in popularity as they’re an untapped niche. If you can find an original sealed game in perfect condition, it could be worth thousands. However, the majority of the collector’s market includes games you may have never heard of.

How much did N64 games cost?

Typically, the price of Nintendo 64 games would cost anywhere from $49 to $79 dollars.

Why the large price range?

Intense competition from PlayStation often contributed to fluctuations in these figures. Games were typically sold in brick and mortar retail stores such as KB Toys, Walmart, EB Games, etc. There were no online retailers let alone Amazon.

Where to buy N64 games now?

Probably the most important question! After all, you won’t find N64 collectibles in today’s retail game stores.

Online auction sites such as eBay and Heritage Auctions are a good starting point – just make sure that the sellers are established. You can also find online shops that specialize in retro games and cater to collectors. Usually, these are smaller local venues and have a smaller collection.

We recommend these routes due to the number of counterfeits in the market. You need to know what you’re investing in is the real deal. The good news is that the sites like eBay have some recourse should a seller attempt to rip you off.

The most common “rip-offs” are resealed games. This is where a (non-Nintendo) 3rd party would reseal the product because the original Nintendo seal has been removed, damaged or lost.

“An original sealed game can be worth up to 500x an already opened game.”

How do I know the condition of my N64 game?

It is standard practice for the highest value games to be in flawless condition. This refers to an immaculate, factory-sealed box. Even the slightest dent in the box, or break in the wrapping seal, will reduce the price dramatically.

This creates a limited supply factor. How many 20-year old N64 games have a perfect box with an immaculate plastic seal?

If you are lucky enough to have an unopened game stashed away in your closet, chances are it still suffered from some sort of age-related damage. This could be from light dulling the colors, or slightly scuffed corners.

Remember, video game collectors are extremely detail-oriented. Sometimes even having the original price sticker will negatively affect the price. This is the sole reasoning as to why finding an “A+ rated” game is extremely rare.

How to Tell if an N64 Game Is Authentic

This is where WATA and VGA step in. Both companies offer services to evaluate your legacy game and potentially certify it as authentic. In addition to authenticity verification, both organizations provide a condition rating.

The WATA and VGA have a grading scale from 0 – 10, with 10 being the best. A letter grade and optional plus sign is also assigned. WATA even goes as far as to assign double plus ratings as their scale goes to “A++”.

WATA has a more extensive grading scale [see more below].

Why is WATA the industry leader on grading?

Side Tip: We usually only recommend investing in games with a WATA grading score of 9.0 “A”or higher. Not only are these games more rare, but they will preserve your investment. The market is now flooded with 8.0 ratings and below. Once the trend kicked in, everyone shipped their games out to WATA/VGA for grading regardless of condition.

There are even 5.0 graded games available on eBay. You won’t have much luck selling on HeritageAuctions with a score of 5.0.

Why Are N64 Games So Expensive?

Contrary to popular belief, there are a TON of unopened N64 games out there. This would lead you to believe that prices would be low (since there is a large supply).

However, most people want iconic titles such as Mario Kart, Zelda, or GoldenEye 007. Additionally, people want these games in great condition.

So, although there are so many unopened games out there, prices are high because collectors want rare games with 9.5+ condition ratings.

So, in order to receive top dollar, not only do you have to have an extremely rare game, but it has to be in somewhat immaculate condition

Everybody wants a 9.5, or above, graded game for their collection. You now have an extremely small supply and an incredible amount of demand.

This is how you end up with $2 Million dollar games sold for at auctions. Don’t believe us? View this article from the New York Times: A Super Mario Bros. game sells for $2 million

Fake N64 Games: What are they and how do I spot them?

The market is now littered with non-factory resealed games… But why?

An original title with the factory seal (such as Mario Kart) could sell for upwards of $5,000. In comparison, the same game but an unsealed copy may only hail a few hundred dollars.

There are hundreds of fraudulent collectors who are resealing games. It’s pretty easy to find a decent copy of a classic title with no seal. They then can shrink wrap this game with little effort or expertise in the comfort of their own home. They are then “flipping” these games for 10x, 20x or even 500x the original price paid for the game.

How to protect yourself from fake seals?

The best option is to buy already graded games from WATA or VGA. This removes any risk since the game will be evaluated by an expert.

If you are still set on buying a non-graded game, we’ve put together a list of red flags to look for on a fake seal.

Remember the acronym SUS, as in suspect – Sharp, Uneven, Sticky

The clear plastic seal has sharp or somewhat sharp corners.

The seal lines are not evenly spaced.

Bonus Tip: The game components inside the box should not rattle or shake. Usually, this is another red flag indicator this game box was previously opened and resealed. It’s extremely difficult to repackage a box and not have the internal components (game manual + cartridge shake).

Here is an example of a bad reseal. You can see the sharp corners and how the seal lines are uneven. OEM Nintendo would never produce a factor seal of such low quality.

Fraudsters even in the Gaming World?

Even if you’ve been ripped off with a fake seal, you still have a new unopened classic N64 game, right?

Many of the fake-sealed gamed are mashups of old games that are pieced together. These fake collectors will take the paper pamphlet (instructions) from various games to make a complete game. You can usually easily detect this if the contents inside the box are rattling.

Remember: if a deal is too good to be true, then it probably is.

Not only do vendors such as Heritage Auctions have a reputation to uphold and procure most of their items themselves, but they’re also more likely to make things right if something does go wrong. This is because gaining a reputation for selling fakes is the fastest way to destroy their business.

Still not sure? Watch the video below from classicunboxings who presents a side-by-side comparison of a factory seal vs. a fake reseal.

There are various nuances in the game investing world that may seem a little confusing to the outsider.

For example, you may see certain copies of the same games going for 10x the price due to a specific color change in the cartridge or box. This usually indicates a different edition or time when the game was produced.

A real world example of this is how The Legend of Zelda: Ocarina of Time in gold (instead of the normal cartridge) can fetch higher figures. But, watch out, they’re also relatively easy to fake.

Also, colors on the box are indicative of the release date. If you look at Mario Kart for example. Boxes with the red shading on the far right column of the box indicate this was an easier release. Boxes with the white/tan shading on the far right column indicate a later release and a “Players Choice” edition. This can alter the price dramatically so be careful.

This is what makes collecting N64 game investing interesting!

There are various ways to diversify your portfolio of games. You may go after top-notch 9.8 graded games, or maybe you prefer looking for super rare Zelda games.

Back in the day it was, you never made a poor stock pick by choosing Cisco or IBM. Now, it’s rare to make a bad investment in Mario or Zelda when you’re informed. These names will hold value and preserve their legacy for years to come.

What about Nintendo N64 complete in box (CIB)?

CIB games are sold as “new” games in box with the only differing factor is the game does not include a seal.

One advantage is you can acquire some great titles from a low investment.

The disadvantage? you need to be skeptical of who you are purchasing from. Many times CIB games are not always new inside and they are pieced together with varying components.

Complete in box is defined as an authentic game with all components included (aside from the original seal).

What do the CIB games include? It’s rather simple: The box, game cartridge, and the manual/paperwork.

Unfortunately, CIB games do not hold their value very well. You could take a shot at acquiring a Mario or Zelda CIB if it’s been verified from WATA. However, any other title will not be worth much. The seal is really the key differentiator.

Vintage Video Games an untapped market for the NFT world?

You may have heard of the famous artists creating art and taking a .jpg picture to produce a digital copy that’s transformed into an NFT on the Etherum blockchain.

Could a similar procedure be done in the legacy video game world? After all, video games are a digital world within themselves; it would only make sense.

Let’s say you have a stellar copy of the original Mario Kart (red box). You decided to take a picture, create an NFT, then destroy the original copy. Although the original copy is no longer available, the digital version can never be deleted or recreated. It’s just as unique and original as the real copy, only it’s digital.

Could this further increase the demand or “tradeability” of these legacy games? We think so!

However, most legacy video game collectors prefer to have a physical collection… one they can show off. Big time investors also like something they can touch and feel.

But, as time goes on, we’ll see what’s more lucrative. Time will only tell what version investors prefer in the long run. It’s possible you could also take a digital copy as “backup” for the original or offer the NFT along the physical copy.

What are the best selling N64 games?

Bonus: What are some very rare N64 games?

Collecting N64 games is becoming more popular, and the best way to profit from this venture is to get in on the action now, and maybe you might just make a small fortune in the future.

Do you think investing in N64 games is a good idea? Drop a comment in the section below.

*This article was composed by an authentic N64 game investor who has bought, sold, and inspected games through various marketplaces.